When is the last time you consciously thought about how you walk through a doorway? I don’t mean the philosophical choices of choosing one path from another, although that could be a topic for another post. I am referring to the actual physical act of opening and closing a door. Do you rush through? Does the door close quietly or is there a resounding slam that follows you as you move forward?

I never gave this much thought until I started wearing kimono as daily work clothes. With its large flowing sleeves the kimono presents numerous challenges with doorways. I have been abruptly brought to a standstill by doorknobs catching my sleeves. Once, while rushing out my office to get to class, the door slammed behind me capturing one of my sleeves. To unlock the door and regain my freedom required physical flexibility worthy of an Olympic gymnast! Stairs prove to be another challenge. The long “skirts” of kimono or hakama will consistently get under foot and it is necessary to lift them up to step clearly.

One of the most common questions I receive while wearing kimono is “Why are you wearing that?”. Depending on my mood at the moment and how much time I have, my answer is usually, “These are my clothes…why are you wearing what you are wearing?. But, often beneath the surface of these inquiries is a much more complicated and potentially controversial idea…”Should you be wearing that?”

More than any other concern I have about wearing kimono in public (breaking social norms for example), the idea that I may be participating in cultural appropriation worries me the most. This is especially true because as an anthropology professor I have spent many hours in class discussing with my students the various ways that minority cultural icons are used by the dominant culture…most especially the issue of Native American imagery for sports mascots or the grossly inappropriate ethnic Halloween costumes. I debated for over a year about the impact my wearing kimono might have on my teaching, my interactions with students and colleagues, and how I would address any concerns of appropriation.

But, I have yet to come across a single Japanese or Japanese-American who has been anything but enthusiastic and encouraging. They see kimono as a shareable piece of culture and appreciate the commitment I make to wear it properly. Oddly enough, it has been non-Japanese who are usually the most verbose about issues of appropriation. Often this comes from a misunderstanding of the kimono as something sacred or that choosing to wear it is an attempt to become Japanese.

I still have moments of doubt about wearing kimono, but there has been an overwhelming positive response, especially from those who are most empowered to approve my choice. The picture attached to this post is the Aoki clan crest depicting Mt Fuji san…one of my wife’s family clans. Her aunt Kaeko gave me one of the family kimonos bearing this crest. I could not ask for a better sign of approval.

The idea of wearing kimono came to me from three different, but converging sources of inspiration: music, martial arts, and marriage.  As an ethnomusicologist I have taken up shakuhachi studies and, more recently extended that interest to shinobue and shamisen.  Those paths led to an interest in budo; the philosophical study of the classical martial arts of the samurai, particularly for me iaido and kenjutsu.  Both fields of interest are connected to kimono as the traditional attire for practice and performance.  While my participation in these pursuits would certainly have led me to wearing some form of kimono from time to time, it was a much more personal life event that has made kimono an important part of my teaching: marriage to my wonderful wife Mako.

A short time before our set wedding date, Mako surprised me with the idea of traveling to Japan to meet her aunts and uncles…with just two weeks to pack!  It was an incredible first adventure and her (and my soon to be) relatives were excited at my deep interest in traditional Japanese culture.  In particular her Aunt Kaeko was very encouraging of my pursuit of music and wearing kimono…not only did she give me my first lessons in kitsuke, but she had some family kimonos (complete with the family crest of Mount Fuji san)  altered to fit me and advised me on the purchase my first kimonos.  Other relatives and an ever expanding network of friends in Tokyo and Kyoto added their support. 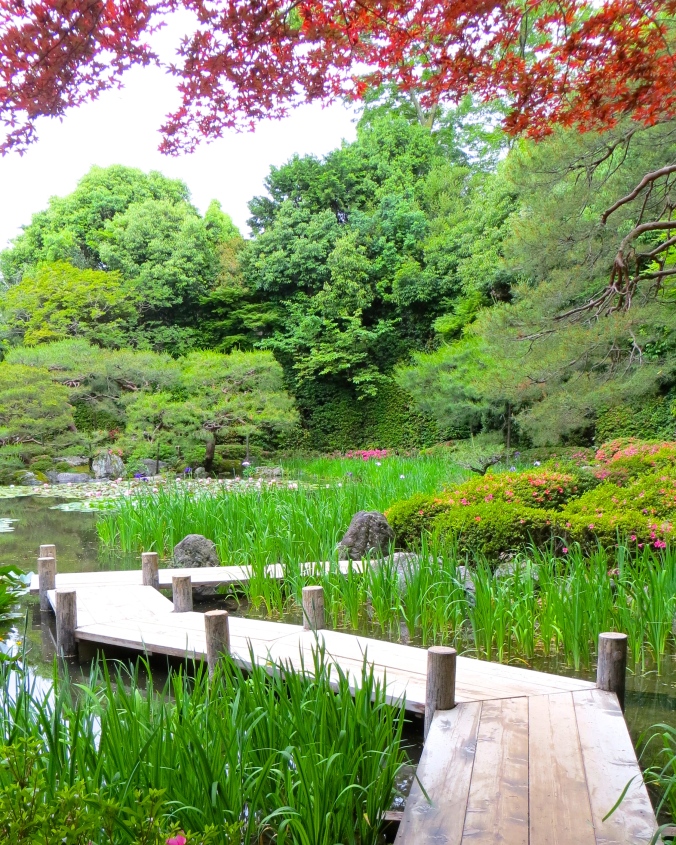